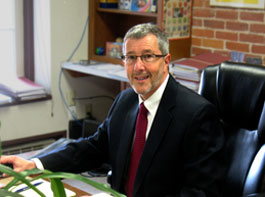 Attorney Daniel A. Pava, Accident Lawyer in Springfield Massachusetts was born and educated in Springfield, MA. After graduating from Classical High School, Daniel attended American International College and graduated with a B.A. degree, with High Honors. He continued his education at the Benjamin Cardozo School of Law in New York City and received his J.D. in 1980. He was admitted to the Massachusetts Bar in 1981.

Attorney Daniel A. Pava is licensed to practice in the Massachusetts State Courts and the Federal U.S. District Court.

Daniel is a member of the Massachusetts Bar Associations. He is married with six children and twenty grandchildren.